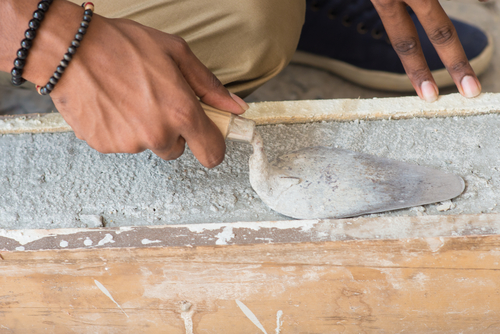 Fundamentally, masonry construction has remained the same for thousands of years. But historical events (and, in this case, natural disasters) have changed the course of the craft before. One of those documented game-changers was the Messina earthquake in 1908.

The Messina earthquake struck southern Italy with a magnitude of 7.1. The strength of the impact was enough to level every URM (unreinforced masonry) building across Messina and Reggio Calabria, and claim almost 200,000 lives. Basically, it called for some serious rethinking on the part of masons.

And rethink and reconsider they did. Out of that global brainstorming session came the concept of confined masonry.

What’s the big deal about this type of masonry anyway?

Before confined masonry, there were only two options for erecting low to medium-rise buildings: unreinforced brick, or a non-ductile reinforced concrete frame. Both performed abysmally in seismically active zones, in which collapse was almost an inevitability.

Confined masonry also required a reinforced concrete frame, but because of the robust construction associated with this construction type, seismic resistance became attainable.

For instance, during one Chilean earthquake, only 16% of confined masonry houses partially collapsed, as opposed to the 57% of unreinforced brick masonry buildings. So, the following is not an exaggeration: confined masonry has the power to save lives.

How is confined masonry constructed?

With a regular, infilled RC (reinforced concrete) frame, a worker pours concrete first and then lays the brick walls afterward. With confined masonry, engineers simply reverse this process. Masons erect the brick first, and then fill the supports with concrete.

The result of this method? The brick walls behave the same as concrete under lateral seismic loads, as opposed to the infill panels in a standard RC frame, which turn into compressive diagonal struts. To put this in laymen’s terms: forces work together, rather than against each other.

What are the chief benefits of confined masonry construction?

Here are a few advantages to this construction style:

Why don’t more buildings use this method of construction?

Nowadays, brick-and-mortar masonry is less common. In fact, most modern buildings that feature brick are supported via timber and concrete and are structurally independent. Brick and natural stone is applied as a veneer, and so, earthquakes are less of a problem to begin with.

Even so, confined masonry is popular in South and Central America, Asia, and Eastern Europe. Well, if you want to see this style of masonry in action, it’s likely only an airplane flight away!

Specializing in extensive masonry repair and rejuvenation, Cirigliano Masonry serves home and business owners throughout the Pittsburgh area. From design to build, as well as complete restoration options, rely on us for Stone Masonry, pointing and repair. We also offer general masonry, stone repair, and more.

Previous Next
Close
Test Caption
Test Description goes like this